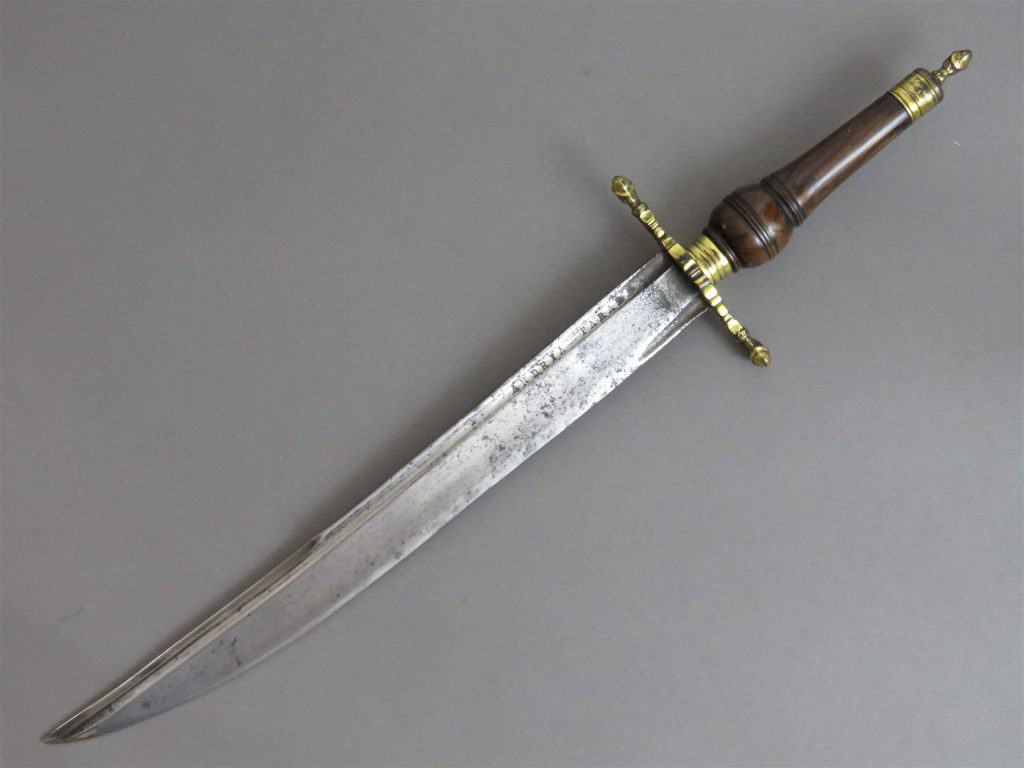 The figured hardwood grip is of circular section tapering towards the pommel and has the characteristic swelling at the base turned with sets of decorative grooves around the circumference above, midway and below. A brass ferrule at the base separates the wooden grip from the cross guard. This is also decorated with a pattern of horizontal circular grooves. The cross has a thick oval shaped block with faceted edge and horizontal quillons. The tapering brass pommel sleeve is also decorated with horizontal grooves. Each quillon terminal and the pommel top consists of a helmeted warrior’s head. The mounts retain most of their original gilding.

The slightly curved single edged blade is of robust manufacture. It has a pronounced fuller which extends underneath the spine to the tip. Near the hilt the blade maker’s mark “ANDRIA FARARA” is present on both sides indicating that the blade is of German, probably Solingen, manufacture. It has been adapted from an obsolete heavy sabre blade. The blade is double edged for two fifths of its length towards the tip. The ricasso consists of a blunt edge on the cutting side near the hilt which has a short fuller running along side after which the sharp working edge commences. The blade length is just over 13.75 inches (35 cm) and overall the bayonet is 20.25 inches long (51.5 cm).

The bayonet is in fine condition overall. The hardwood grip exhibits a rich dark patina. The blade has mottled blackened patches in places.