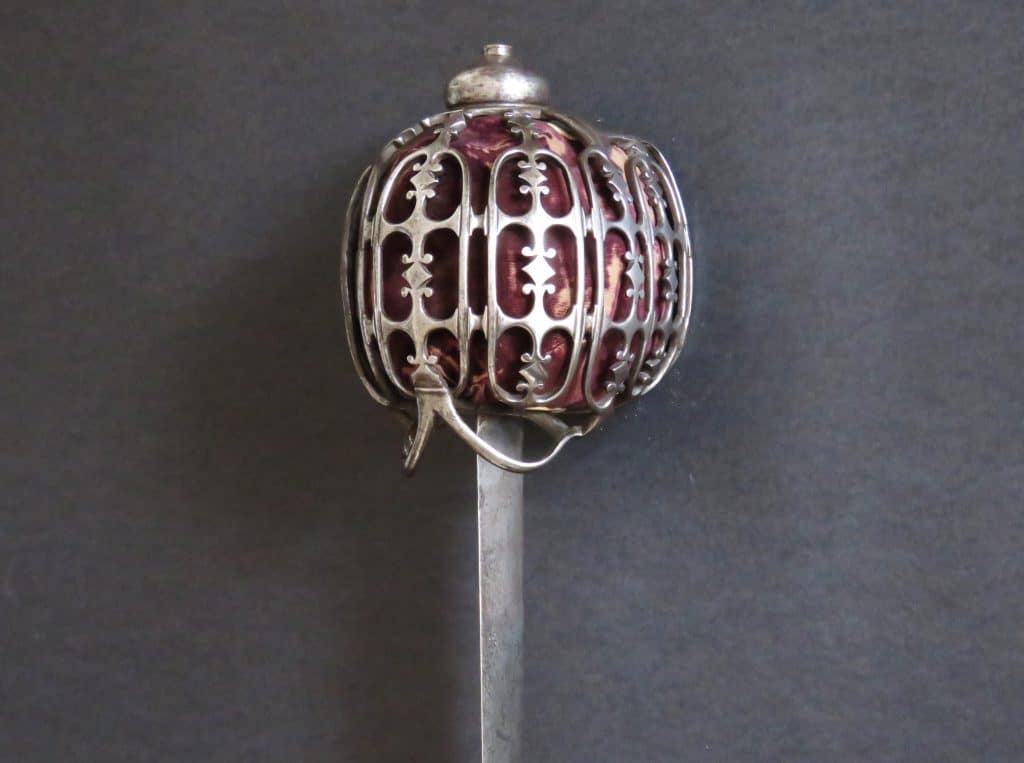 A fine and attractive Scottish Officer’s “Pinch of Snuff” basket hilted broadsword dating to the  middle to third quarter periods of the 18th century. The sword is in good condition with its original grip and liner and mounted with an imposing blade of “cavalry” length. These swords were carried by Scottish officers on British Army service in Europe and in North America during the American Revolutionary War period.