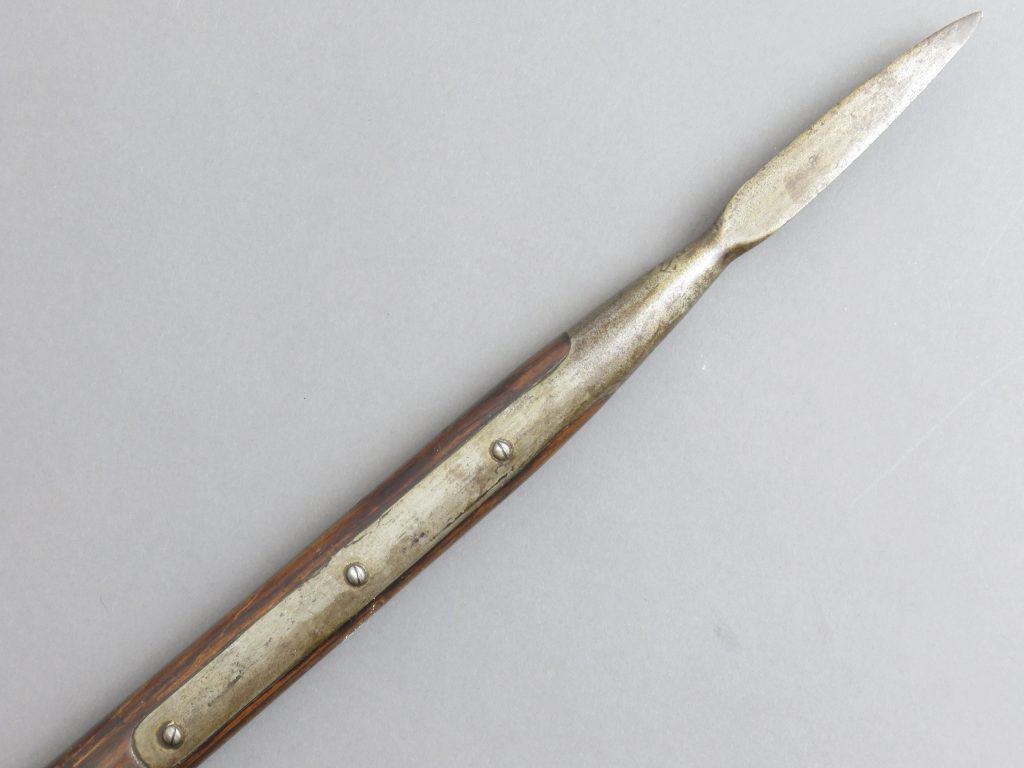 A nice British Naval Boarding Pike of 1888 type (possibly earlier). Whilst boarding pikes of this design were made in their many thousands at the time of production today they are quite rare. This pike is unusual because it retains its full length of just under 7 feet and 8 inches (237 cm) and is in original condition. Slightly shorter than a cavalry lance the boarding pike was usually between 7 and 8 feet long.

Typically this pike has a small triangular leaf-shaped head 5 inches (13 cm) long. This is supported by a solid neck from which langets, one each side, extend down the haft sunk flush with the curved haft surface and secured with three screws each side. The overall length of the head is 15 inches (38 cm). The base of the haft is mounted with a shoe of smaller proportions than the langets but formed in similar manner with curved ends and curved spaces between. The shoe is secured with one screw either side and tapers to its terminal through which the wooden base of the haft protrudes.

One side of the triangular head is stamped with a worn British Ordnance Mark, at one time a crown with a broad arrow beneath. Near the shoe a letter “P” with the number “12” beneath is stamped into the haft with a Letter “P” and “27” beneath nearby. A few inches further along the batch number “16413” appears with a number “4” beneath. Near the shoe the haft is also stamped with “WH”, “W.HARWOOD” and “W.HONNOR”